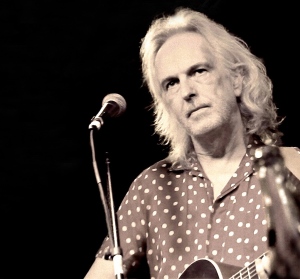 Flying Cat Music is honored to present award winning Austin musician Gurf Morlix in concert on Sunday, March 23, at the Empire State Railway Museum in Phoenicia. The show begins promptly at 7:30 p.m. with the door opening at 7:00. Admission is $18 at the door or $15 with RSVP to flyingcatmusic@gmail.com or by calling 845-688-9453.

Gurf Morlix is a nationally acclaimed singer-songwriter, musical virtuoso, and avidly sought after record producer living in Austin, Texas, who is enshrined in that outlaw country music capital’s Music Awards Hall of Fame. Many first heard of Gurf during the eleven years he spent as Lucinda Williams’ accompanist, when he also produced her first two albums. But that’s just one chapter in an amazing career. Morlix has also toured with such luminaries as Warren Zevon, Emmylou Harris, Robert Plant and Steve Earle; produced albums for leading Americana artists like Ray Wylie Hubbard, Robert Earl Keen, Slaid Cleaves, and Mary Gauthier; and has done studio work for a host of other major talents.

With Gurf Morlix there is more to the story than what first meets the ear or eye. Gurf works hard not to overshadow the music. He’s been nominated as Instrumentalist of the Year by the Americana Music Association on six occasions, most recently in 2011, and won that award in 2009; yet Gurf seldom sounds flashy on guitar, or on any of the many other instruments that he plays so well. Much of his work is sparse, at times almost minimalist. The notes that Gurf doesn’t play are as important as the ones he does. Gurf doesn’t obscure feelings with a flurry of noise, and the same holds true with words when it comes to writing for his solo career.

In a 2004 review of Gurf’s third solo release, Cut ‘N Shoot, the Waxed reviewer observed “If honky-tonk country were written in haiku, Gurf Morlix could be the music’s Zen master…  Terse and laconic, he reduces each lyric to its bare-bones essence, as if he’s singing in Morse code or emotional shorthand.” Another Waxed reviewer of Gurf Morlix’s 2007 Diamonds to Dust CD noted, ”No matter the tempo — and Morlix is a Zen master of tempo — each lyric squeezes out rivers of emotion…” While a Sing Out Magazine review of Gurf Morlix’s most recent 2013 release says, “Finds The Present Tense is a haunting set that in its apparent simplicity is deceptively deep and complex.”

Depth and emotion are themes reviewers return to with Gurf Morlix songs.  A Houston Press reviewer of Gurf’s 2009 release states, “Last Exit to Happyland is full of aching songs full of deep humanity and decency …” and he calls Gurf’s song “She’s A River” an “achingly beautiful ballad with some of the best lost-love poetry ever committed to round plastic.” He cites this succinct verse in particular:

Reflecting on his songs during an interview with Everything Sundry Gurf said, “My songs are often perceived as dark, by a lot of people, but I don’t think they are. I think there’s a message in them, and the message is that life is a short movie, so it should be valued fully. You can’t afford to wait for tomorrow. Tell those wayward souls you love them, now.”

Gurf Morlix’s keen sense for music dynamics, of what does and does not fit a song, shapes his music. It is also what has Gurf in demand as a producer. Noted Texas songwriter Butch Hancock says of Gurf, “He’s got some kind of transcendental understanding of this whole musical mélange. When you’re working with him, music rides so high above anybody’s ego.” AmericanaUK fixes Gurf’s importance as a producer, “What Gurf Morlix has done for the Austin, Texas, scene can easily be compared with what Phil Spector did for the girl groups back in the ‘60s. In other words, the Austin-based producer and multi-instrumentalist has become the go-to-guy for Southern songwriters for years now,”

Gurf Morlix wasn’t always from Texas, he grew up near Buffalo, New York, but the musicians in those parts, in those days, didn’t share his love for Hank Williams and pedal steel guitars, so a tip by way of Commander Cody sent him packing for the warmer environs of Austin. It was there that Gurf met Blaze Foley, an important influence in his life. He described Foley in the same Everything Sundry interview noted above: “Blaze was a very soulful and passionate singer songwriter. Champion of the downtrodden. Friend of the Working Girl. Truth seeker. Atmospheric disturbance. Tender caring person with a big ol’ bag of deep-rooted troubles stuffed down into one of his pockets. Blaze could cut right through the bullshit, or he could be the cause of it. The funniest person I ever met, and also the most tragic. He never wrote a dishonest word in any of his songs. Just the plain, unvarnished truth.”

They remained friends for over ten years, Blaze living with Gurf at times, them playing together often. Blaze, who was also close friends with now legendary Texas songwriter Townes Van Zandt, was shot dead in 1989 during a fight while trying to defend an older friend. Though Blaze Foley recorded material enough for a few albums, various misfortunes kept any from being released during his lifetime. Blaze, nearly unknown in life, has also become a legend of sorts in recent years, in no small part due to efforts by Gurf Morlix who did the final production work for Foley’s CDs which finally were issued. Willie Nelson, Merle Haggard, Lyle Lovett, and John Prine have all covered Blaze Foley songs now. Gurf issued his own iconic tribute to his friend. He faithfully covers thirteen of Foley’s original songs on a CD named after the title cut, Blaze Foley’s 113th Wet Dream. Listening to it you can catch a thread that runs through the work of writers like Blaze Foley, Gurf Morlix and Townes Van Zandt; humanity mixed with pain, love that never quite gives up, and flashes of humor to get us through. It’s a potent mix that few do as well as Gurf Morlix.

Regarding his unusual name, those are the only two words Gurf remembered upon waking from an intense dream at age fourteen. He scribbled them on a piece of paper not knowing what they meant. Years later after Blaze Foley heard of the incident, he refused to ever call Gurf Morlix by any other name, and it stuck to Gurf like the duct tape Blaze used to transform everything.