Our soon to be launched new web site will have more information about our new concert venue. This page memorializes our extremely positive past association with the Empire State Railway Museum which is detailed more below. However we want to give you a sneak peek at the interior of the Phoenicia Methodist Church located at 29 Church Street in Phoenicia. These photos are courtesy of an extremely talented professional photographer, our friend  Bernard Handzel 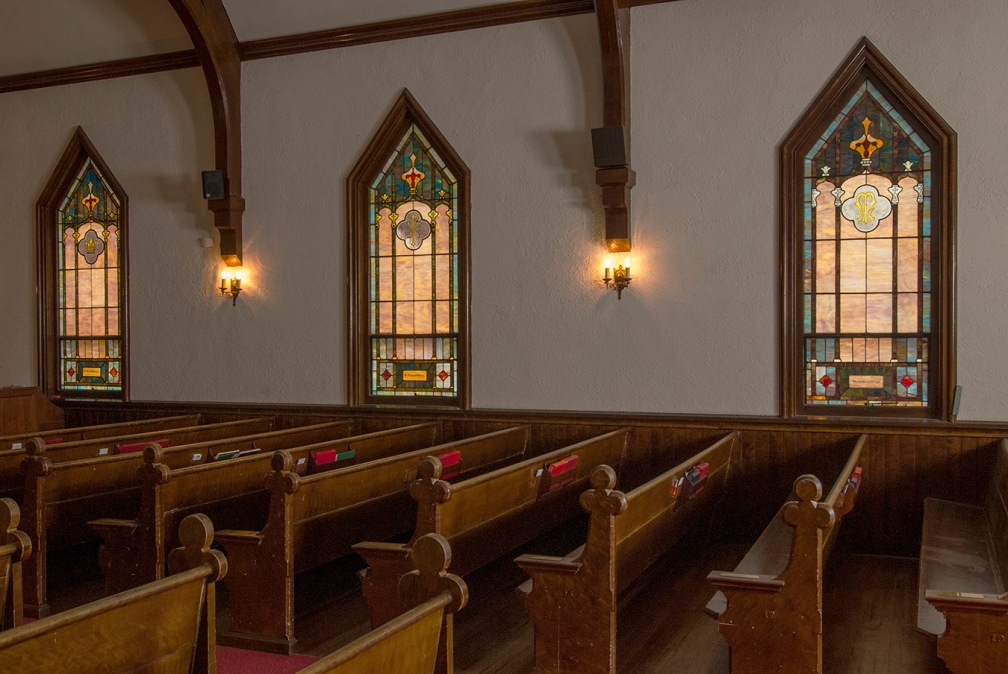 This is the Phoenicia Train Station that opened for use in 1899 (interior shots below). As you can see it isn’t a very large building, but it is a sweet one. The main entrance into it is located off the passenger deck located next to the rails, which are just to the right of this photo.

There is a lot of history associated with this old train station, and we strongly encourage you to explore it by going to the website of the Empire State Railway Museum, the non profit organization that currently owns and operates it. Flying Cat Music is grateful to the ESRM for allowing us to use their space for our concert series.  The museum subsists almost entirely on memberships and donations, so please consider giving them your support.

The Inside of the Station

Our concerts are staged in what used to be the passenger waiting room of the train station. Though the room itself is small and only able to accommodate 50 or so attendees, it still has a remarkable spacious feel due to its high domed wooden ceiling. It’s a feature that isn’t immediately obvious when viewing the station from the outside. From the inside though that view dominates the senses.

The floor, all four walls and the domed ceiling of the waiting room are all made from thin hard wood boards that give the room a rich warm look and provide for exceptional acoustics. Since this room typically hosts train museum exhibits when live music isn’t being presented in it,  portions of those exhibits remain in view on the walls and along one side of the room during Flying Cat Music concerts. We enjoy the ambiance that adds.

Professional photographer David Nelson attended our March 2014 Gurf Morlix concert and graci0usly contributed some photos from that night to us which can hopefully provide you with a sense of the space we are using. 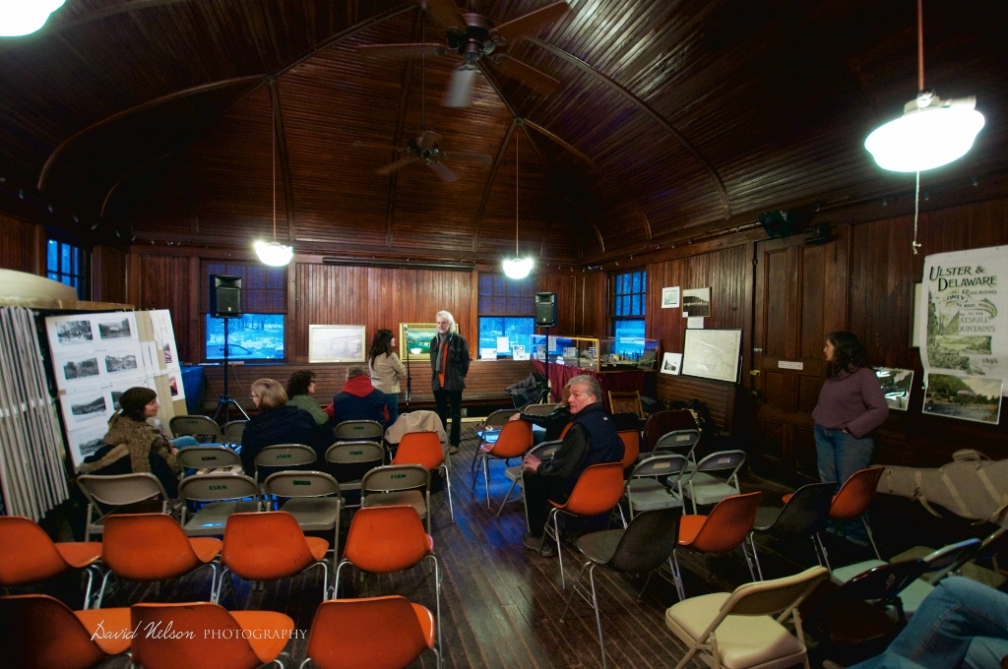 Gurf on stage. Note the original railroad oil paintings behind him. 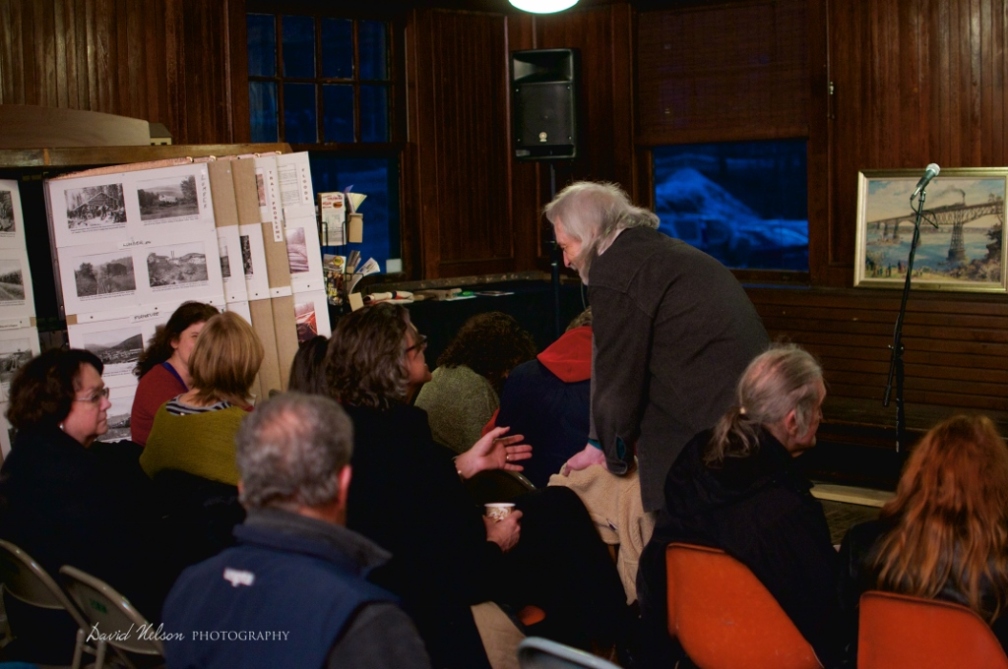 Gurf talking with attendees during his set break. Note the museum exhibits at the left.

Of course photographs alone fail to fully capture what if feels like to be inside this historic structure, or how exquisite the acoustics inside of the train station waiting room are for listening to live music.

Adrian Mowry of Beaucoup Blue compares performing at the Empire State Railway Museum to “playing inside of a cello” while Vance Gilbert likens it more to “playing inside a roller top desk”. Whereas Brian McNeill, the Scottish founder of The Battlefield Band, simply stated “Wood loves the sound of wood”. We urge you to experience the difference the right room can make.

2 thoughts on “Our Venue, Old and New – From The Empire State Railway Museum to the Phoenicia Methodist Church.”